Meghan's diet secret - The pH Miracle Alkaline Lifestyle and Diet: Prince Harry goes on this strict regime as he prepares to wed his Californian girl.

One thing is for sure: Meghan is in charge. Sources say she has helped Harry to discover juicing, had him replace carbs with quinoa, and is encouraging him to eat less meat. A true Californian, she has always been health conscious, and regularly wrote about her diet and fitness secrets on her blog, The Tig. Whatever regime she has put the Prince on, it seems to be working: he has reportedly lost half a stone.

She is not, she has said in the past, a fan of diets as such. No, what Meghan practises is (cue LA term for diet) "lifestyle eating"

So, what do we know about Prince Harry's new regim

It will be mainly vegan

Meghan isn't strictly vegan, but has said in the past that she tries to stick to a vegan diet during the week and then treat herself at the weekend.

She said: "I try to eat vegan during the week and then have a little bit more flexibility with what I dig into on the weekends. But at the same time, it’s all about balance. Because I work out the way I do, I don’t ever want to feel deprived. I feel that the second you do that is when you start to binge on things."

Her fridge is usually stocked with "hummus, carrots, a green juice, almond milk", and a chia seed pudding she makes every week.

Meghan revealed in an interview that she tries to avoid caffeine where possible, but particularly in the afternoons, instead opting for a pick-me-up juice. "It's easy to fall into the trap of rushing for a coffee when you hit that 4pm slump," she told Today.

"But if I blend some apple, kale, spinach, lemon and ginger in my Vitamix in the morning and bring it to work, I always find that sipping on that is a much better boost than a cup of espresso."

To learn more about Meghan and Prince Harry's lifestyle and diet read The pH Miracle revised and updated: https://www.amazon.com/pH-Miracle-Balance-Reclaim-Health/dp/0446556181/ref=asap_bc?ie=UTF8 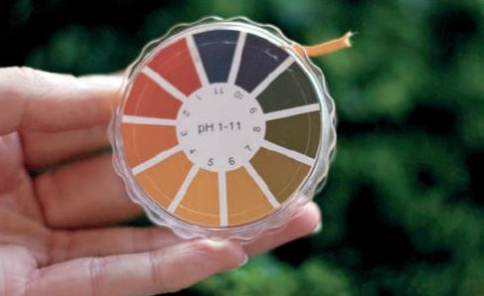 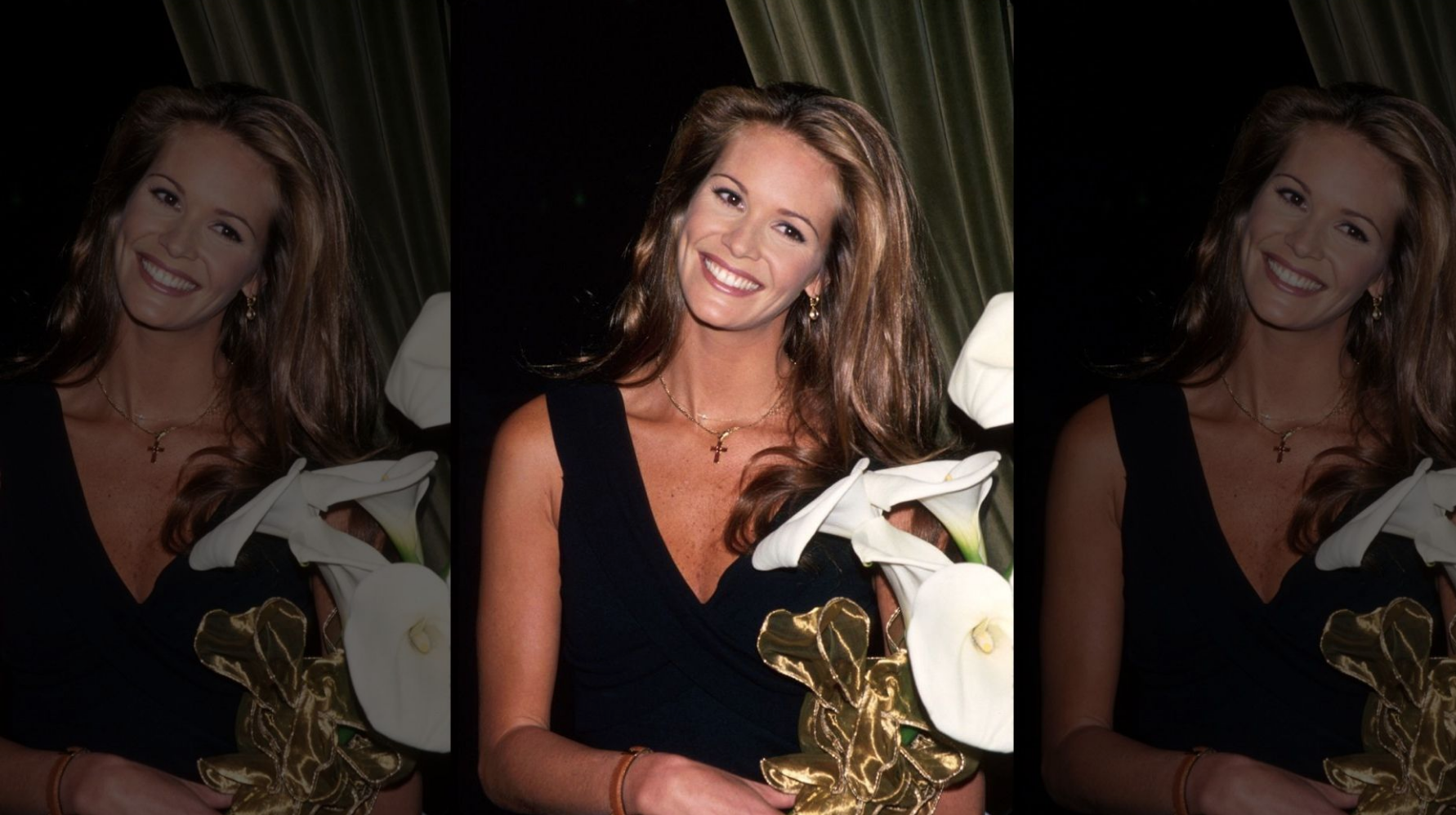 No alcohol, almost no carbs, almost no dairy, and no animal protein – Elle’s pH alkaline diet of fruit and vegetables is a perfect healthy regime, and she prefers it to be raw, and where possible, fully vegan.

Lunch is a salad of kale, sprouts, cucumber, cabbage, avocado, pumpkin seeds with olive oil – good fats are important to my wellbeing’. She eats fish, but not chicken, turkey, pork or red meat. Dinner, eaten shortly after 6pm, consists of vegetable wraps, vegetable pizza or vegetable pasta with pesto. ‘When I feel like having something sweet, I’ll have my favourite dark chocolate or vegan ice cream – sometimes both!’ she said. She claims that the benefits are huge. ‘My skin glows, my brown spots have faded, the whites of my eyes are clear and my tongue is no longer coated.’

Elle is a devoted a follower is she of the pH Miracle alkaline diet – based on the theory that you can change the pH balance of your body fluids including your blood, interstitial and intracellular fluids through the food and liquids you ingest – that is why she carries a pH testing kit in her handbag so she can check the pH value of her urine at all times. Testing the urine is a measurement of the interstitial and intracellular fluids (not the blood) that makes up over 95% of all body fluids.


‘I believe that most ailments come from having an acidic body,’ she said.


She said in an interview: ‘A few years ago, I was feeling really run down, despite living what I thought was a healthy lifestyle and taking an array of synthetic supplements. She added: ‘For the body to work optimally, the pH of blood sits in a narrow range of between 7.35 and 7.45, which is slightly alkaline, and the body does everything it can to maintain this value. So the message was quite simple: eat more plants, fewer animal foods and to help along the way, take an absorbable alkalinising greens blend. Always intensely pHysical, Elle continues to work out – often twice a day – to maintain her famously fit body. After breakfast she will do yoga, go jogging or swim. At around 5pm she does a vinyasa yoga class. She enjoys many sports, including hiking, wake-boarding, cycling, paddle boarding and surfing. All executed in a highly competitive manner.


‘Another thing I’ve always loved? The thrill of competition,’ she says. ‘If I’m swimming, I like to set myself a goal, whether it’s a number of laps or a certain route or time I have to complete in the session. It makes it more fun!’ To learn more about the pH Miracle watch the following youtube video and read the following books:

Kelly Ripa says trying a new cleanse has transformed her body and her life.

The Live! With Kelly and Michael co-host said Thursday on the show that an anti-acid diet is “responsible for me not being in pain. Yes. It has changed my life, it’s changed the whole way I think about food.”

The 44-year-old went on to explain her work with Dr. Daryl Gioffre, a chiropractor and nutritionist in Manhattan.

“It’s a very manageable cleanse. It’s very manageable,” Ripa said of the high-alkaline diet. “You’re not hungry. It’s not like … people go, ‘What are you eating? You’re just drinking, you know, a green juice a day?’ No, it’s not like that. You eat. I actually eat much more on this cleanse than I do in my actual life, but it’s what you eat and how you eat it.”

Ripa said she’s in physical therapy for “strange injuries,” but that the cleanse that has helped with pain management.

The talk show host also admitted that she cheats a little with a high-acid cup of joe: “I’m still drinking coffee, even though I lied and told him I wasn’t.”

Kate Hudson has learned over the years what it takes to look and feel great.

“Our bodies are one large chemistry experiment,” says the actress in this week’s issue of PEOPLE.

In her new lifestyle book, Pretty Happy: Healthy Ways to Love Your Body, Hudson, 36, shares that she now follows a high-alkaline diet, which means she tries to get 60 to 80 percent of her caloric intake from foods like tofu, nuts and most fruits and vegetables.

Amy Duggar on the cover of PEOPLE Kate Hudson is promoting her new book, Pretty Happy: Healthy Ways to Love Your Body Never one to step on the scale (“I don’t need to unless I start to see myself getting off track”), the actress tries to limit her meat consumption.

Lean meat is fine, she says, “but only occasionally – animal protein has a highly acidic effect on the body and causes inflammation.”

For more of Hudson’s interview, including an exclusive excerpt from her new book, pick up this week’s issue of PEOPLE on newsstands Friday. The Kung Fu Panda 3 star also relies on food delivery services, like Sakara, to help keep herself on track.

“I use them a lot. They’re excellent,” she says. “It’s hard because diet delivery serves are expensive. But it’s nice to do a clean out for a week and be super healthy.”

Hudson says that although she was never an “emotional eater,” she has made bad choices about food sometimes.

“Now, after a lot of trial and error, I’ve figured out how not to overthink what I eat,” she writes. “I don’t restrict myself I’ve learned to enjoy new foods and new ways to be inside my body – and there are always new options to discover.”

In today’s pop culture vernacular, it’s an insult to be called basic — the opposite of cool and trendsetting. But in the nutrition world, being basic, as in alkaline, is aspirational, with popular books, websites and celebrities all endorsing a pH approach to eating. There is some serious science to back this trend, so it is worth paying attention to, but (surprise, surprise) there is a lot of confusing misinformation and hyperbole out there too.

The concept of the alkaline diet centres on the well-established fact that different foods affect our body’s pH balance differently. As a rule, fruits and vegetables promote alkalinity, whereas meats, dairy and grains have an acidic effect. It’s not the acid content of the food itself that matters here; it is the way the food impacts our pH once it is metabolized. For example, even though oranges and tomatoes are acidic foods, they have an alkaline impact on our bodies.

Supermodel Elle Macpherson celebrates her 54th birthday as a beautiful product of the pH Miracle alkaline diet and lifestyle.
http://www.dailymail.co.uk/femail/article-5551319/As-Elle-Macpherson-celebrates-54th-birthday-look-wellness-fitness-diet-secrets.html

An article written about skin and pH
https://newswire.net/newsroom/pr/00100931-get-glowing-skin-by-boosting-p-h.html

The following information is concerning the longest living cancer patient in the World in remission for 6 years with medically diagnosed Pulmonary Adenocarcinoma Lund Cancer. Her name is Inger Hartelius. She is happy to speak to anyone in the World concerning her full recovery from a terminal cancer condition that has no cure in the medical World. She followed and continues to follow the pH Miracle for Cancer protocol. The following are the testimonies from herself and from her daughter. The two testimonies are posted on my facebook and published in the following book: https://www.amazon.com/Cystic-Fibrosis-Pulmonary-Adenocarcinoma-Conditions-ebook/dp/B01JMAWZMY/ref=la_B001ILKCSU_1_33?s=books&ie=UTF8&qid=1520240625&sr=1-33&refinements=p_82%3AB001ILKCSU

This book was published on August 2, 2016 and ranks number 8 in the World on Amazon.com on Health, Fitness and Dieting for Cystic Fibrosis.

Tea Hartelius from Denmark shares her thoughts, feelings and gratitude concerning the pH Miracle Lifestyle and Diet, Robert O. Young MSc, DSc, PhD, and finally her Mother's SELF--CARE to a SELF-CURE for medically diagnosed terminal lung cancer following the pH Miracle for Cancer Protocol (She was given only 6 months to live. She has been in remission now for 6 years with conventional surgery, chemo or radiation).

The following information was published in the International Journal of Complementary and Alternative Medicine.
The article link is:
http://medcraveonline.com/IJCAM/IJCAM-02-00046.php
The authors of the article are: Robert O Young DSc, PhD and Galina Migalko MD